Joint Historical Association Lecture: The Staffordshire Hoard: an Archaeological and Historical Mystery from the Anglo-Saxon period

Barbara is from University of Winchester. Barbara is one of the country’s leading authorities on Anglo Saxon England and her many publications and articles include Kings and Kingdoms in Early Anglo Saxon England (1990), Wessex in the Early Middle Ages (1995), The Anglo Saxons (1999), The Conversion of Britain 600-800 (2006) and Alfred the Great (2015) 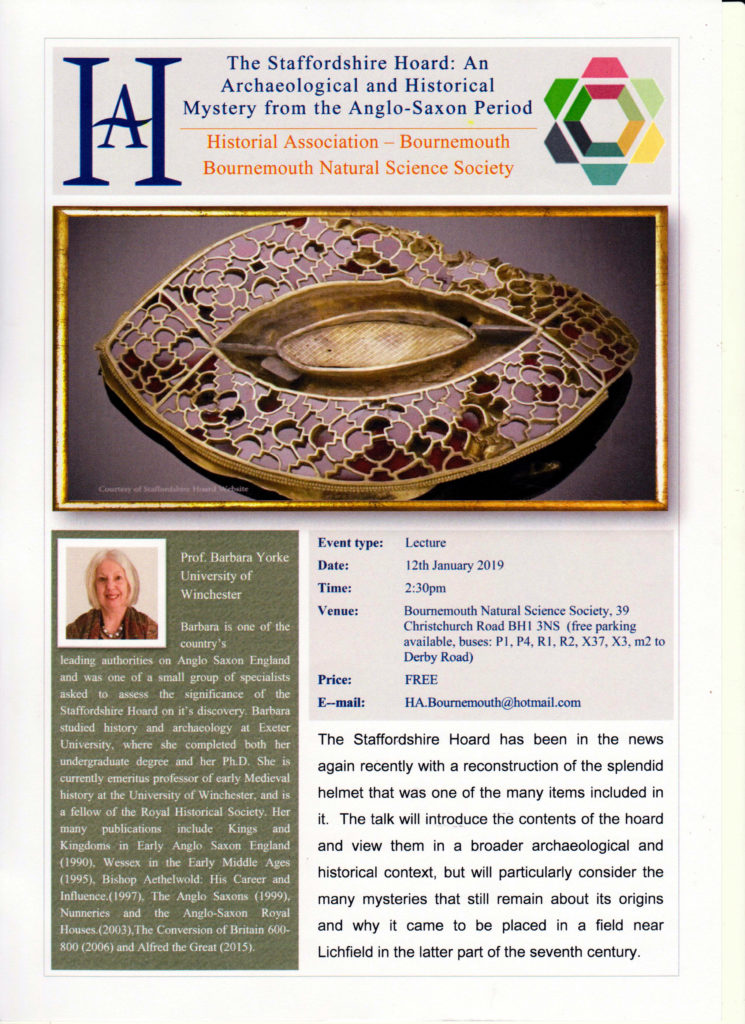