Joint Historical Lecture: ‘Chicago and the Rise of the Skyscraper’.

David Stevenson is a ‘star’ and has written the best one volume book on the 1st World War. In 2014 he was on the television constantly on programmes to do with the outbreak of the war in 1914. He has been to the BNSS to speak on a number of previous occasions speaking on the Cuban Missile Crisis, the Cold War and Origins of the 1st World War. 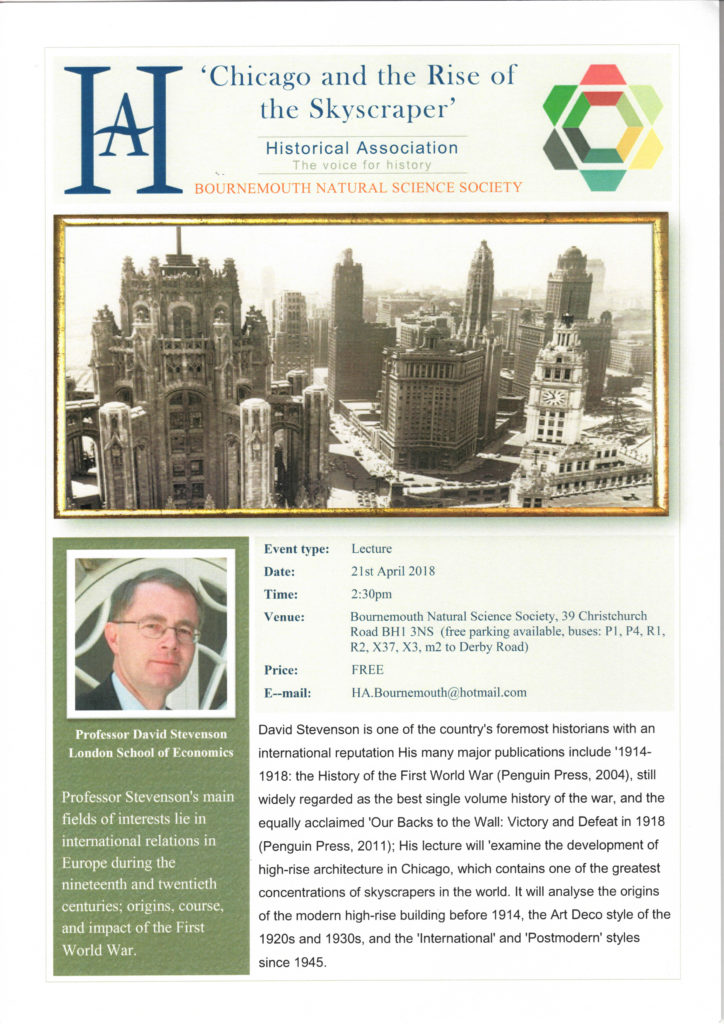