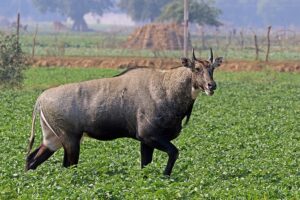 The skull (see below) belongs to the largest antelope native to Asia known as the Nilgai Antelope which literally translates as ‘Blue Bull’. As a herbivore, its diet consists only of vegetation and other plant matter which it can find in the tropical forests of India. Without the need to tear up its food, there are two very small canines, both located on the bottom jaw – which unfortunately cannot be see on our Nilgai Skull due to the fact that most of its front teeth had fallen out before the skull was donated to us. These canines and some incisors would have been found right at the end of its mouth (shown in Figure 13) on its protruding lower and upper jaws. Nilgai Antelope also have diastemata (a gap) between their incisors and molars/premolars (also seen in Figure 13). This formed as an evolutionary advantage which makes it easier to crush and chew on tougher plants – this is the case for most herbivores. Figure 14 showcases the size of the molars and premolars that this has for chewing vegetation. The Nilgai Antelope has a standing height of up to 1.5m, so it is able to eat the leaves and fruits off trees as well as vegetation from the ground. With common predators such as tigers and wolves, the Nilgai has to be alert at all times, which is why it has a very large eye socket on the side of its face (see Figure 15) and monocular vision so that it can see very clearly from all angles – including behind! 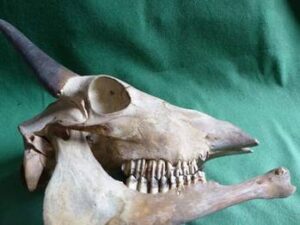 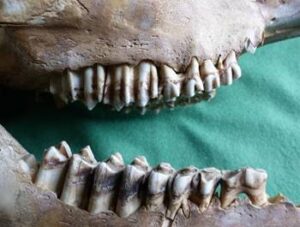 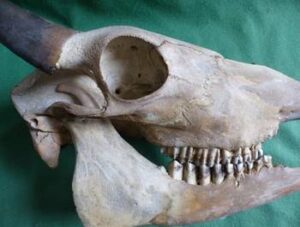 Figure 14 Close up of Molars; Figure 15 Side View of Skull [Photographed by James D’Arcy]